Tesla Inc. erased approximately $126 billion from its valuation on Tuesday on concerns that Elon Musk may sell his shares to complete his $44 billion acquisition of Twitter Inc. Tesla’s stock price plunged during a broader selloff in equity markets globally due to investor concerns over persistent inflation and reduced economic expansion. High growth stocks have been mostly affected by investor fears as the Federal Reserve prepares to engage in a series of interest rate hikes. 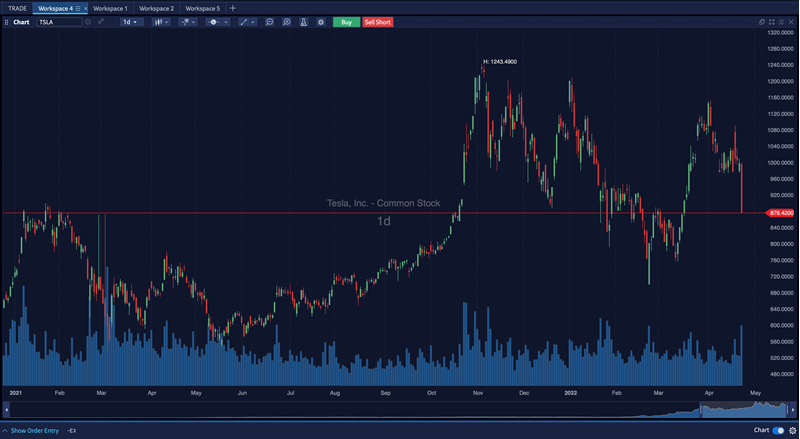 The market capitalisation of the electric car maker has lost more than $250 billion since the beginning of April this year as a result of Musk’s takeover bid over Twitter Inc. That would amount to a plunge of approximately 23% over the period. However, investors feel a sense of concern as Musk has left market participants in the dark about how he is going to fund the $21 billion equity stake. They are only aware that he is using Tesla shares as collateral as a personal guarantee, and this may lead to Musk liquidating some of his Tesla shares to finance the Twitter acquisition.